St. Francis de Sales, whose feast we celebrate today, has so many wonderful stories.  Here is one of my favorites: 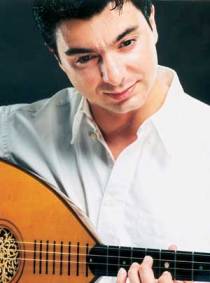 “One of the world’s finest musicians, who played the lute to perfection, in a brief time became so extremely deaf that he completely lost the use of hearing. However, in spite of that he did not give up singing and playing the lute, doing so with marvelous delicacy by reason of his great skill which his deafness had not taken away.  He had no pleasure either in singing or in the sound of the lute, since after his loss of hearing he could not perceive their sweetness and beauty.  Hence, he no longer sang or played except to entertain a prince whose native subject he was and whom he had a great inclination as well as an infinite obligation to please since he had been brought up from his youth in the prince’s court.  For this reason he had the very greatest pleasure in pleasing the prince and he was overjoyed when the prince showed that he enjoyed his music.  Sometimes it happened that to test this loving musician’s love, the prince would command him to sing and immediately leave him there in the room and go out hunting.  The singer’s desire to fulfill his master’s wishes made him continue his song just as attentively as if the prince were present, although in fact he himself took no pleasure out of singing.  He had neither pleasure in the melody, for his deafness deprived him of that, nor that of pleasing the prince, since the prince was absent and hence could not enjoy the sweetness of the beautiful airs he sang.”  (Treatise on the Love of God, Book 9, Chapter 9)