I always find this kind of reflection on the Easter appearances full of great hope for folks like me: “Jesus moves among men and women–even if it means passing through doors locked from within” (Jn 20.19-23). (Fr. William M. Joensen)  Many of us frequently–or continually–bolt the doors of our hearts from within, yet we long for Christ to come to us.  We can have great hope . . . for He is the One who can enter “through doors locked from within.”

Some of us can wake up on Easter morning or Easter Monday or any other morning, for that matter, and wonder where the risen Christ is.  For one reason or another, we may feel like Mary Magdalene weeping outside the tomb wondering where they have taken Him.  I wrote this a few years back on Easter morning and thought I might share it with you:

“Now on the first day of the week Mary Magdalene came to the tomb early, while it was still

While it was still dark she came. She did not wait at home. She did not wait for Him or for others to come to her. And she expected to find what? Surely the stone still blocking her from Him. And yet she came. In the darkness. In her grief. She sought Him out even if only to lean her head and heart upon that stone that separated Him from her. In the darkness, in her grief she came.

And what did she find? The stone rolled away—but He was not there. He was not there. “I sought him, but found him not. I called him, but he gave no answer” (Song of Songs 5:6b). “Where have they laid him? They have taken away my Lord, and I do not know where they have laid him” (Jn 20:13b).

Her sorrow is now greater, yet she does not return home. She stands there weeping. And seeking. While it was still dark.

And no one else can solace her. Not angels. Not gardeners . . . She still seeks Him. While it is still dark. And that seeking, that longing of her soul, that anguish at His absence is the latch Christ uses to open her heart when He says her name: “Mary.” While it was still dark.

So go to Him. While it is still dark. While you are still weeping. Even when you cannot find Him. Stand there weeping and seeking Him. And listen for your name. Even now He is saying it.

While it is still dark.

“Blessed are those who have not seen and yet believe.” 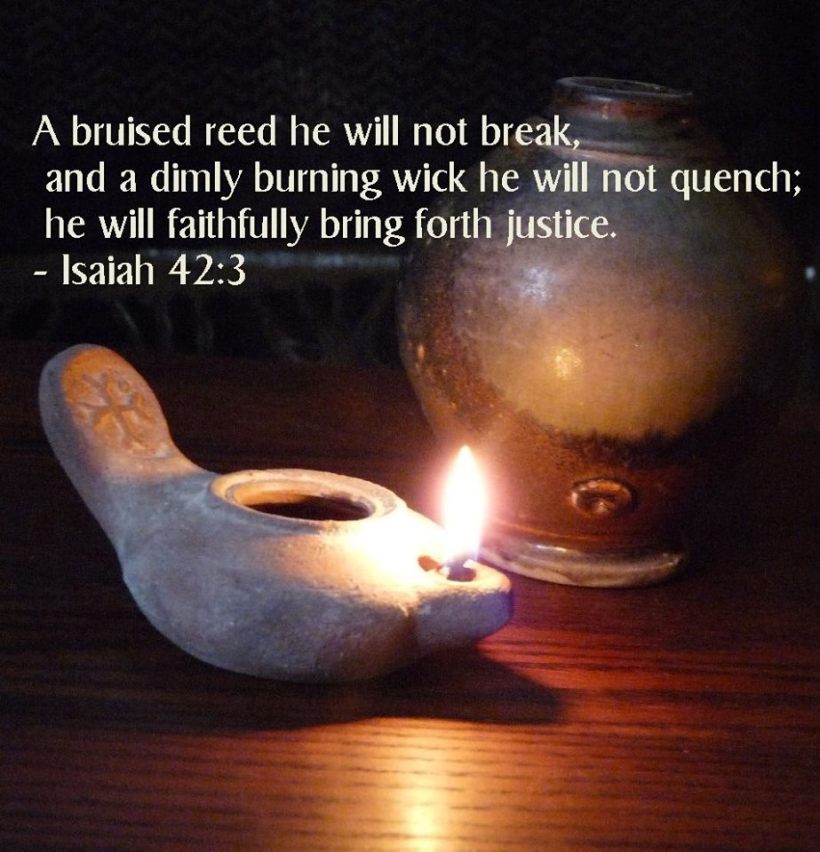 If you’re not sure what prayer to pray today on this most awesome of days, follow the example of the Good Thief.  His is the only prayer recorded during the Crucifixion. 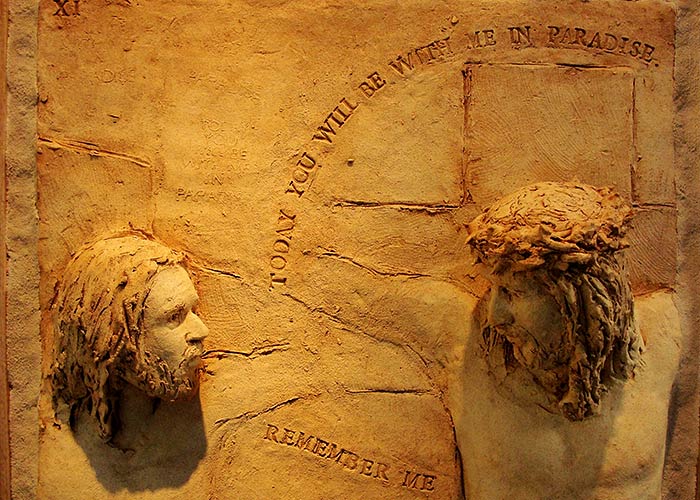 Lord, remember me when you come into Your kingdom.

It is good to give thanks to the Lord
to make music to your name, O Most High,
to proclaim your love in the morning
and your truth in the watches of the night. (Ps 94)

“His love is his loyalty to the covenant, and his truth is his absolute faithfulness.  Every word he utters is to be trusted.” (John Brook)

“It does sometimes seem almost unbelievable that the soul of man can pass through so many devastating experiences and yet not be devastated.  The explanation lies in such words as these: ‘He knoweth the way that I take’ (Job 23.10).”  (Amy Carmichael)