A very good article by Stephen H. Webb on depression from First Things:

Christians don’t talk enough about depression. Emotional pain, for one thing, can be hard to share. Despair can feel very physical for the sufferer, weighing heavily on the heart and clogging the brain, but its surface features can be easily overlooked or
missing altogether. A depression that finally lifts leaves no scars on the
skin to show how deep the wound was and how long the healing took. Besides, such anguish is so personal that it is hard to share it with anyone other than members of the family or the medical profession. 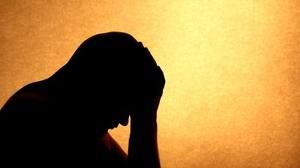 surrounding serotonin and other neurotransmitters. Philip Rieff brilliantly criticized the triumph of the therapeutic in American culture, but the fact is that chemistry has rendered psychology suspect at best or irrelevant at worst in the treatment of mental illness. This trend has not served the church well. Theology is a form—arguably the original form—of therapy, and if the church is to compete with the pharmacy, it has to have some good news of its own concerning depression.

Depression is a complex phenomenon with multi-causal roots. Medical definitions are informative and essential, but no other kind of pain has such a visceral spiritual component. Ironically, faith can be a source of aggravation as well as relief. Anyone who even thinks about suicide typically feels deeply ashamed, but Christians in this situation have even more guilt heaped upon them due to the way suicide is usually treated as the gravest of sins. The helpful sometimes tell Christian depressants that they should look outward, to the service of others, and upward toward God rather than obsessing over inward states of mind that are typically defined in secular psychological terms. This is surely right, but Paul tells us that the faithful have the mind of Christ. Does that apply to the faithful whose minds have become utterly confused?

Many depressed Christians instinctively turn to God-help, not self-help, literature, but there is little of that out there, and God himself is distant to their cries. Perhaps that can serve as a theological definition of depression: When your need for God is as great as your feeling of God’s absence.

You can read the rest here.